What causes squeaks in hardwood floors?

Most commonly, squeaky hardwood floors are caused by parts of the floor or subfloor rubbing against each other or the nail that is holding them together.

Many older houses were built without adhering the subfloor to the joists with subfloor adhesive. As a result, the wood joists and subfloor settle and dry out over time, causing them to pull apart from each other. Yet, the nail holding them together remains firmly in place.

Thus, when the subfloor moves up and down (i.e. walking on it), it rubs against the nail, making an annoying squeaking noise.

Whether your hardwood floors were installed years ago or are brand new – your floor can develop squeaks. These are not the fault of or caused by a hardwood flooring contractor’s work.

How to Repair Squeaky Hardwood Floors

If you have an unfinished ceiling below the floor, have someone walk across or rock the area of the floor making the squeak while you are beneath it to determine its location. Once the squeak is located, use a hammer to place wood shims in the gap between the joists and the subfloor.

If you have a finished ceiling, locate the squeak by stepping on that area of the floor. Then you must become a detective and locate the joist that the squeak is coming from.

This can be accomplished by locating top nails, generally concealed with putty to match the wood color, in rows along a parallel wall, but still visible if you’re really looking for them. 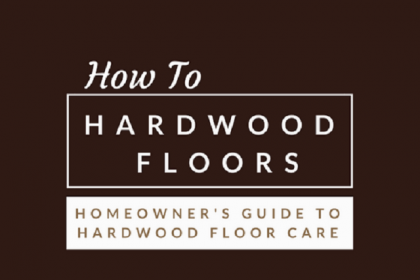